An Award-winning Week of Industry Recognition!

Last week was a glittering week of award success and recognition for the SnapDragon team and our founder Rachel Jones! We were thrilled to be nominated for four awards at three prestigious ceremonies; the Women in IT Excellence Awards, the Amazon Growing Business Awards and the Scottish Cyber Awards. 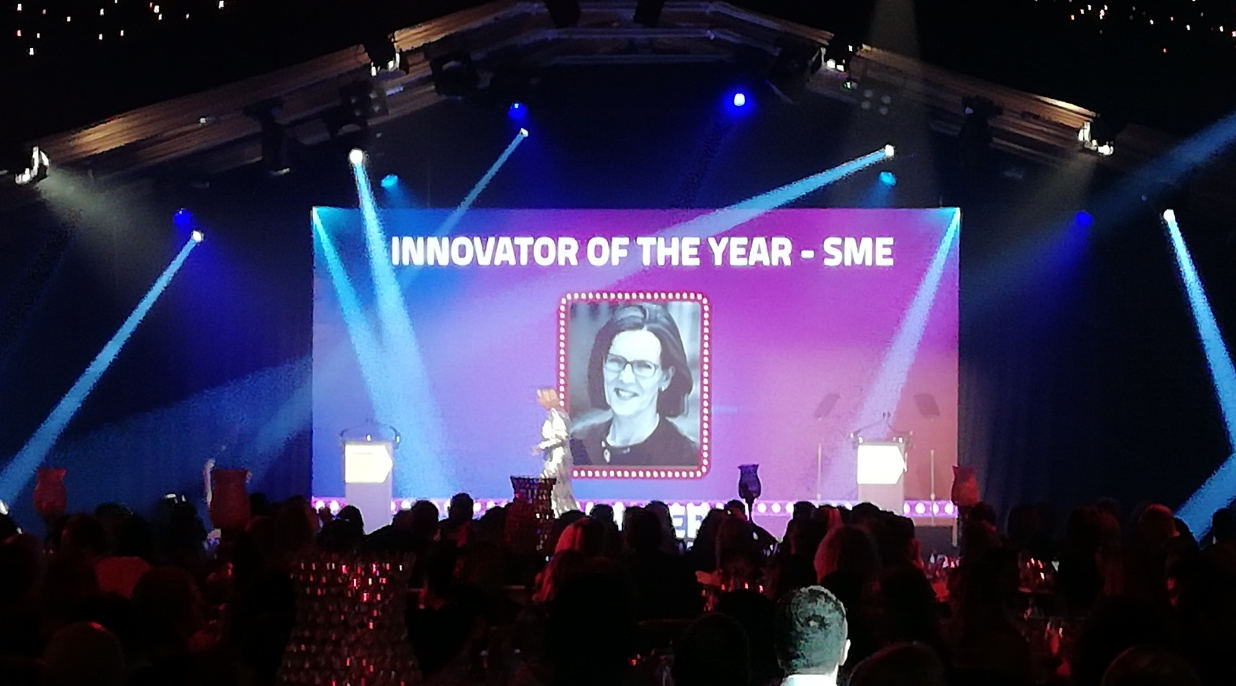 Much to our delight, Rachel won the “SME Innovator of the Year” award and received a highly commended for “Entrepreneur of the Year” at the Women in IT Excellence Awards! Now in their second year, the awards aim to shine a spotlight where it’s most needed in tech: ‘on the mould-breaking, ceiling-smashing female talent rising up the ranks and shaking up the industry.’ A team from SnapDragon attended the ceremony which took place on Tuesday 27th November at Finsbury Square in London.

The Amazon Growing Business Awards were created by Real Business, in partnership with the CBI, back in 1998. Twenty years on and the event is one the most established and respected celebrations of SME and entrepreneurial success in the UK. Rachel made it to the shortlist in the prestigious and coveted “Entrepreneur of the Year” category.

Rachel was also shortlisted in the “Outstanding Woman in Cyber” category at the Scottish Cyber Awards which took place on 28th November at the Sheraton Grand Hotel in Edinburgh, an event which celebrates the success and dedication of the Scottish cyber community.

Overall, it was a whirlwind week with various members of the SnapDragon team across the UK attending different ceremonies and now, with time to reflect together, we’re feeling very proud and would like to thank everyone for their congratulations and kind words.

And, if you want to see what all the fuss is about, you can request a demo!  Our software really could save you time and stress whilst protecting your brand online.